Although we are constantly being told not to eat cream cakes but there are good things inside a cake.

Did you know that cake has a long history dating back to the Romans. The Romans added eggs and honey to the mix, beating the eggs to add air – a recipe that is not dissimilar to an old-fashioned sponge cake (three eggs and three ounces each of plain flour and sugar, with a pinch of salt).

The ancient Egyptians are credited for discovering the properties of yeast – the raising agent used until baking powder was invented in the mid-nineteenth century.

The word cake appeared in the English language in the Middle Ages – when they were made of dried fruit, nuts, ginger and suet – and is thought to have derived from the Old Norse word “kaka”.

By the seventeenth century, the influence of historical traders and invaders is evident in English recipes. Recipes call for mace, nutmeg and cloves from Indonesia, cinnamon from Sri Lanka, saffron and coriander from Greece, ginger from southern China, caraway from central Europe, almonds from Asia, and rosemary from the Mediterranean. These historical recipes are still used to make Christmas fruit cakes and puddings, and hot cross buns.

So, now that we have got your taste buds going why not pop into The Village Kitchen on Free Cake Friday for a free slice of cake when ordering a main course and a drink, and if you are to full to eat it then take it home for tea. 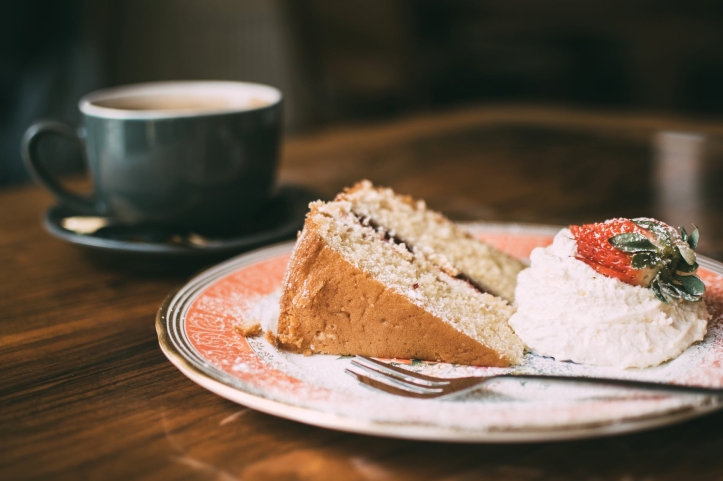 THE VILLAGE KITCHEN QUOTE OF THE DAY…

USE YOUR LOAF AND BUY HEALTHY BREADS…